For Those Without A Name 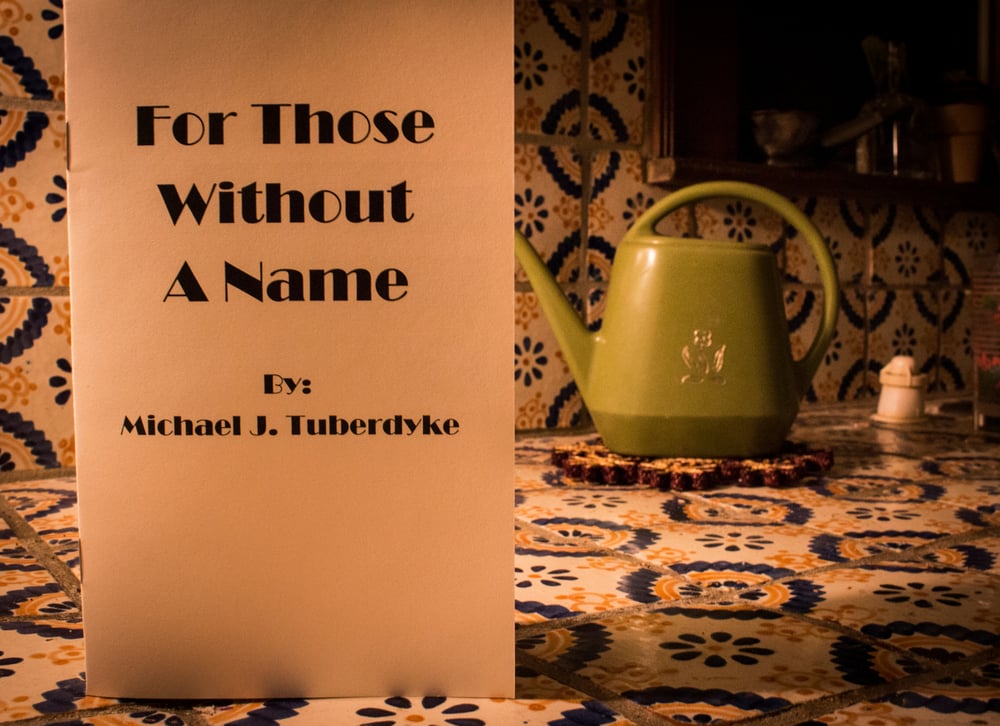 A collection of five literary fiction stories saddle-stitched in a 5x8 format. Printed on off white paper.

The Invisibles: A prostitute begins to fall in love with a client a year after her patron's spouse passes away from cancer.

Five to One: A bartender finds a man broken and unconscious in the alley to his establishment one afternoon.

The Lighthouse: Poor Bill. He spent twenty-seven years slaving away in the refinery and carefully stashed away his dough to afford the materials to build his own coffin. After his lid is shut a few childhood friends try to cope with the loss.

Mister and Misses: A story of two in love with the idea of the other in an affair of both deceit and manipulation.

Welcome Home: "It could have been a bad dream. The nervous breakdown. The doctors. The Venlafaxine and Benzodiazepine."

All stories by Michael J. Tuberdyke